You are here: Home / Real Estate YouTube Vlogger Racking Up Millions of Views and Subscribers

It’s not an uncommon situation for a real estate agent to take on a client without having a lot of money, like Enes Yilmazer, 31. He is actually one of a small number of real estate YouTubers, amateur video producers and hosts who are allowing the general public to go inside the mansions of the mega-rich via their laptops or cell phones. He has more than a million subscribers on his YouTube channel, and his videos have drawn millions of views, as well as tens of thousands of comments. His YouTube account was created in 2010, and he gained over 663,000 subscribers by 2020. It appears that his community is mostly interested in houses since Enes almost always shows the interior of those houses. In addition to his home in Los Angeles, his activities also encompass other parts of the country. The chairman of the Yilmazer Group has seen some of the most expensive homes in the world. Throughout the country, he has been on the receiving end of oohs and aahs about Central Park views, marble floors, infinity pools, retractable roofs and candy walls, and has witnessed an explosion of eight-and nine-figure real estate listings. 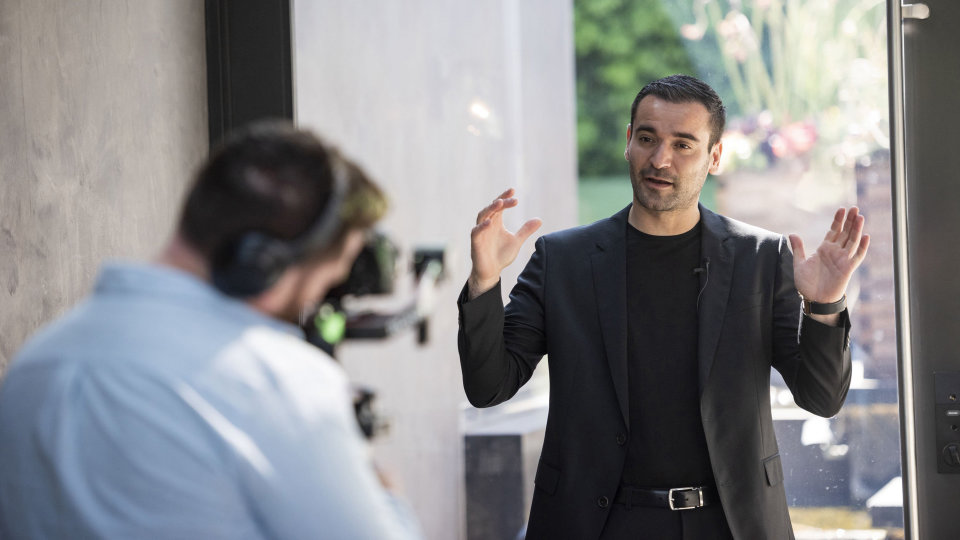 A recent estimate of his net worth puts his net worth at $1.2 million. The majority of his content revolves around showing off and showing home tours of some of the most expensive mansions in California and the United States. In this video, he explores in depth the features of a mansion. He exposes different properties to various protective buyers, contributing to their discovery of properties that may interest them and/or leading to the sale of certain properties. The videos on YouTube are a result of Enes quitting his job as a real estate agent to become a YouTuber full-time.

In cities such as Los Angeles, New York and Miami, YouTubers such as Mr. Yilmazer are shaking up the way luxury properties are sold now as they become more sophisticated in their production. Increasingly, they are making YouTube, the Google-owned video website, an important marketing channel for even the most concerned about privacy home sellers and agents. That was particularly evident over the past year, as the Covid pandemic restricted the number of buyers showing interest in homes. There has been a rush of new real-estate channels created in response to the success of these channels, some of which include real-estate content along with videos about designer cars, watches, and get-rich schemes. It has also led to an increase in the number of agents trying to create their own video content, which can be hit or miss. The right web design of one of these real estate websites can take the business of a real estate professional to the next level.

The channel has over 1.2 million subscribers, and its content has been viewed over 170 million times so far. The average number of views per day for his videos has been around 250,000. An estimated $2,000 per day ($730,000 a year) will be generated by the ads that appear on the videos. Content creators in the United States, the United Kingdom, Canada, and Australia get paid between $2 and $12 for each 1000 monetized views after YouTube takes a cut. The percentage of monetized views typically ranges between 40% – 80% of a video’s total views. The cost of an ad view is determined by several factors, such as the device the viewer is using, the time of the year, their location, how many ads appear in a video, how many people skip the ads, the type of advertisement, audience engagement, and type of content. Ad networks require advertisers to bid at least $0.01 per view. Furthermore, there is a program called Google Preferred which allows companies with deep pockets to target ads on the top 5% most popular content. It appears to be a higher rate than normal for ads. The YouTubers get extra money from ads as well as YouTube Red subscribers – who pay a subscription fee to see premium content on YouTube and watch videos without ads. They get paid based on the amount of time viewers watch their videos. They earn more money by letting viewers watch their videos for a longer period of time. The real estate agents who pay him tens of thousands of dollars to feature some of their properties generate extra income for Enes.

Over 2.3 billion users on YouTube, YouTube marketing has become one of the most efficient ways of marketing for Influencers and beginners. Influencers share their experiences, and youtubers find information about the industry they are interested in. The choice of the right YouTube channels you subscribe to will be the first step towards success. To be able to rank the videos higher on YouTube however, you’ll need a decent amount of engagement on your videos. For people who take the easy path, buying real youtube likes is one option.